Early September, I’ve decided to manage a new modeling project, based on an old idea from 2014 for a school work. I was inspired by Ikea for the original project, that you can see here for more information. The main goal of this new project is to see the differences between both creations, and how I’ve improved my work since 2014, especially with Cinema 4D. 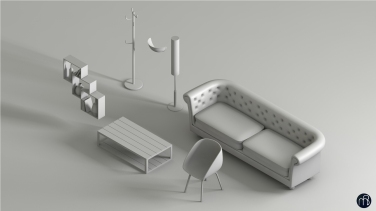 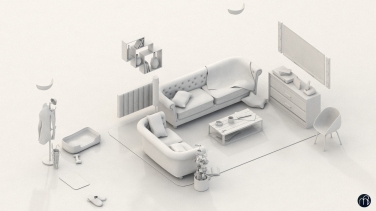 I started to make furniture and objects, and then I’ve placed them in the apartment : 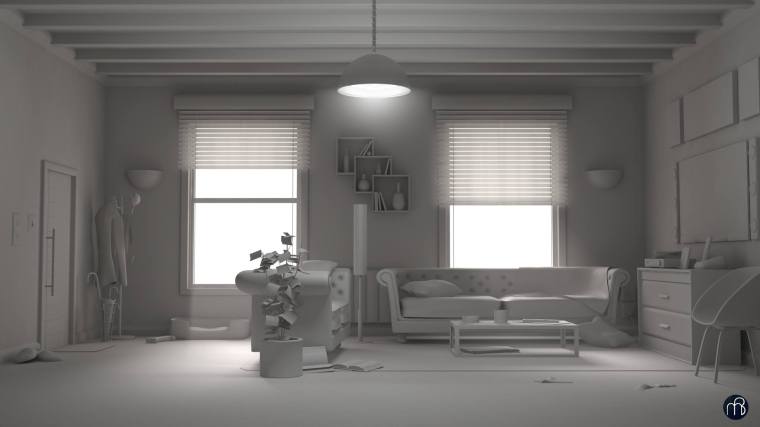 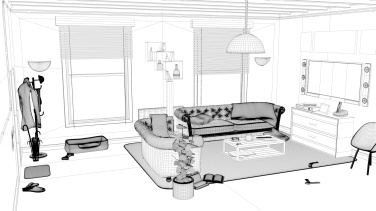 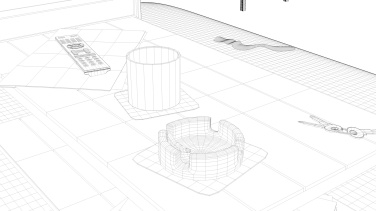 At first, I was using Substance Painter but I had some issue with Cinema 4D ( I don’t use external render engine for the moment), so I’ve decided to restart the texturing with C4d direcly. Some textures are computer generated, too.

As I said above, I used the internal Cinema 4d render engine, with Global Illumination & Ambient Occlusion, and I’ve used some volumetric lights for a more atmospherical depth. The final comps were edited with Photoshop. 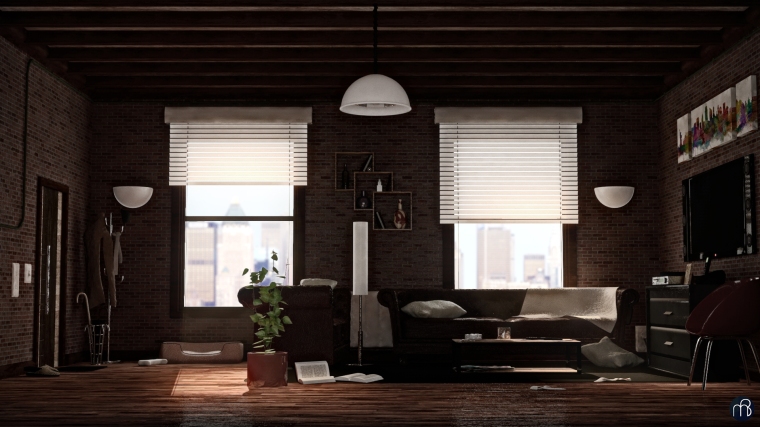 I’ve recorded a big part of the process, and sped it up. Here are the links (click on the thumbnail) : 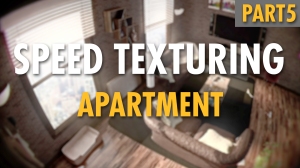 The whole process lasted 10h35 (of recording) + at least 2hours of corrections, tests.